It’s Hard To Tell If Any Of These People Survived. My Guess Is No. Who’s Ready To Cringe?

Previous post5 Chilling Stories Of Haunted Native American Lands
If Your Child Is Acting Up In School, They Might Be Gifted With A Rare ConditionNext post 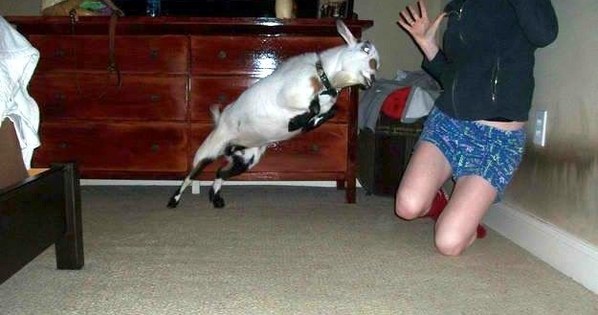 It’s Hard To Tell If Any Of These People Survived. My Guess Is No. Who’s Ready To Cringe?

You don’t have to be a psychic to be able to tell when certain things aren’t going to end well. Sometimes, you look at something and the hair on the back of your neck stands up, dramatic music begins to play (occasionally, though mostly only in TV and movies), and you just know. Even if you wanted to say something to stop it, and that’s a big if, you’re far too overwhelmed by the omniscience make a peep. It’s a helpless feeling, knowing a person’s fate without being able to do anything about it, but it can also be pretty funny–so, not the worst tradeoff.

1. This is what happens when you try and take more than one selfie in a day.

2. Looks like someone could use a vacation from their vacation.

4. The sea was jealous that day.

5. I hope the balloon’s all right.

6. Uh, oh. Keith is like super allergic to stomach slaps.

7. It’s always so inspiring to see people work as a team.

9. At least they’ll know whose boat he was crushed by.

11. Seeing stars on the street is never as cool as you’d think.

13. Next time you want to pick someone’s brain, invite them to go get a coffee.

14. That’s one way to get out of changing diapers.

15. At least he won’t have to worry about spending a ton of money on food.