This Guy Attempts To Read Your Mind Via Facebook And It Works!

Previous postWhen She Found Out She Was Having A Boy, This Mom Did Something Disgusting
She Claims To Have Recorded Demonic Voices In Her Apartment, And They're HorrificNext post 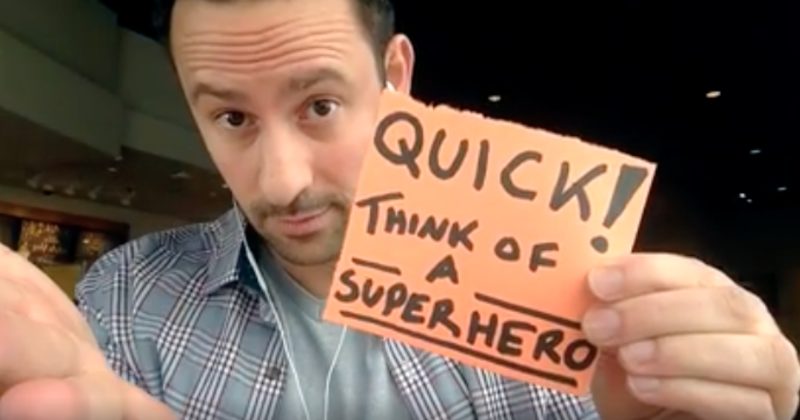 This Guy Attempts To Read Your Mind Via Facebook And It Works!

by HTN
in Psychic Strange - Psychic Weird
Leave a comment

If you live in a big city, it’s not uncommon to walk past at least one doorway with a sign for a psychic.

If you’re like me, you might scoff a little at the idea of someone grabbing your palms, telling your future, and reading your mind.

But even if you’ve never believed all the smoke and mirrors, you should still watch this guy’s trick.

Rick Lax claims he can read your mind via Facebook, and while that might sound oddly familiar, the man is quickly becoming an Internet sensation…see why below!

He got it right for me!

While many are in awe of his “psychic” prowess, consider this: most superhero names end with “n.” Batman, Superman, Spider-Man, Wonder Woman…we could go on. Lax throws some folks off by listing a few without “n” as the last letter, essentially psyching people out. So is he a psychic? Probably not, but he’s a pretty smart trickster!